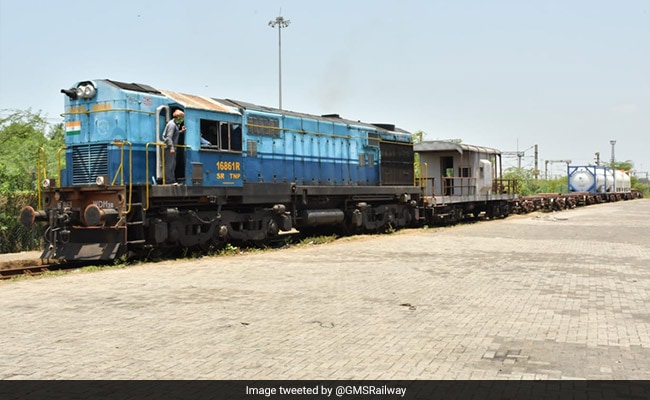 As many as 29 loaded Oxygen Express trains have so far delivered 1734.01 MT of LMO to Tamil Nadu.

The Southern Railway has delivered 2114.21 Metric Tonnes of Liquid Medical Oxygen (LMO) to Tamil Nadu and Kerala through 32 ”Oxygen Express” trains to help these states tide over the difficulties in supply during the second wave of the COVID-19 pandemic.

Three Oxygen Express trains have so delivered 380.2 MT of Oxygen to Kerala, a railway statement said here on Saturday.

All the three rakes were offloaded at Vallarpadam Container Terminal in Kochi.

The third Oxygen Express, loaded at Rourkela (Odisha) for the Vallarpadam Container Terminal, arrived at the destination on May 27, it said.

Meanwhile, as many as 29 loaded Oxygen Express trains have so far delivered 1734.01 MT of LMO to Tamil Nadu.

The last two Oxygen Express trains from Rourkela reached the state with 116.85 MT of the life saving gas on May 29, it said.

Indian Railways has delivered more than 20,770 MT of LMO in more than 1237 tankers to various states across the country.

As many as305 Oxygen Expresses have completed their journey so far and brought relief to various states.

Running on the high priority Green Corridor, with the highest sense of urgency, Railways is creating new standards and unprecedented benchmarks in running of Oxygen Express freight Trains, the statement added.