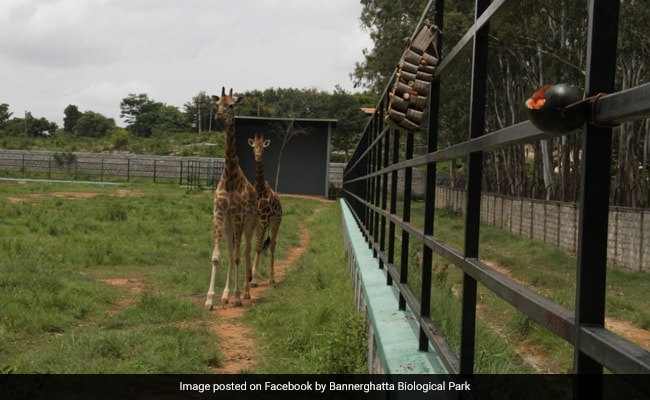 BBP is a self-sustained organisation run only by gate revenu.

Faced with a financial crunch due to dip in footfall owing to COVID-triggered lockdown, Bengaluru zoo is reaching out to people to adopt and name animals and offer donations to raise resources.

BBP is a self-sustained organisation run only by gate revenue; it has also adopted a few mini zoos of Karnataka.

“COVID-19 pandemic has played a great disaster on the zoo where the footfall has come down drastically, which has impacted revenue”, said Chief Conservator of Forests, Bengaluru, and Incharge Executive Director of BBP, R Gokul.

In spite of this, the zoo was taking care of 2,388 animals belonging to 102 different species, he said.

“So we request citizens and organisations to adopt animals to contribute towards their partial cost of feed and veterinary care”, Gokul said.

BBP is also providing an opportunity to name young animals.

Citizens can also contribute towards one day feeding cost of some of the zoo residents, Gokul said.

Daily feeding cost of an Asian Elephant, for example, works out to Rs 3,000 a day and the zoo has 25 of them.

There is a provision for income tax rebate under 80G for animal adoption/donation, it was noted.

The BBP had also launched an animal adoption programme during the COVID-19-induced lockdown last year.