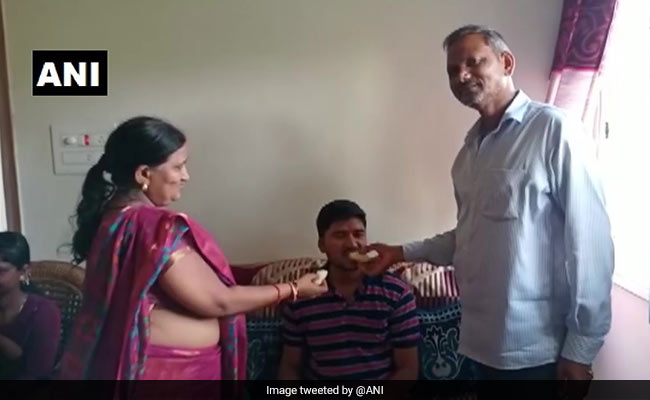 Om Prakash Gupta said his aim is to deliver effective and quality service to people.

Om Prakash Gupta, who topped the Bihar Public Service Commission’s 64th Combined Competitive Exam (CCE), has said he never imagined he will secure the first rank, but now that he has, he feels “really thrilled” about it.

The Patna resident said his aim is to deliver effective and quality service to the people. Mr Gupta, who previously passed the Indian Institute of Technology (IIT) entrance test in his very first attempt and then also served as a teacher for five years, said he wants to break the “vicious cycle” of unemployment in Bihar.

Mr Gupta passed the IIT entrance test in 2008. After finishing his studies, he taught students for five years, till 2017. He told news agency ANI that in 2017, he decided it was time to devote full-time to prepare for the CCE. The agency also shared a few photographs of Mr Gupta celebrating the triumph with his family.

I want to break the vicious cycle of unemployment in Bihar… I qualified for IIT in first attempt in 2008 then I served as a teacher for 5 years. I quit teaching in 2017 to devote full-time to the preparations: BPSC 64th Combined Competitive Exam topper Om Prakash Gupta

The CCE results were declared on Sunday. A total of 1,454 candidates cleared the exam and 28 of them are set to join the Bihar Administrative Service, 40 will join the Bihar Police Service, 10 finance service and two will become jail superintendents. Eight will work as sub-registrar or joint sub-registrar.

Amrendra Kumar, joint secretary-cum-examination controller of Bihar Public Service Commission (BPSC), said they had conducted the written test last year amid the COVID-19 crisis and lockdown restrictions. “We followed all safety protocols. BPSC made all efforts to ensure results are prepared despite the pandemic,” Mr Kumar said.

He said the commission arranged interviews for the 3,799 shortlisted candidates between December 1, 2020, and February 10, 2021. Out of them, 1,454 candidates made it to the final list after a mains test followed by the personal interview round.

The pre-test for the 64th CCE was conducted in 2018 and 2.95 lakh candidates sat in that exam. It was held to fill 1,465 vacant seats in various government departments.