Mercedes-Benz India has launched the ultra-opulent Maybach variant of its flagship SUV in India and the Mercedes-Maybach GLS 600 goes up against the likes of the Bentley Bentayga, Rolls-Royce Cullinan and Land Rover Range Rover Autobiography among others. 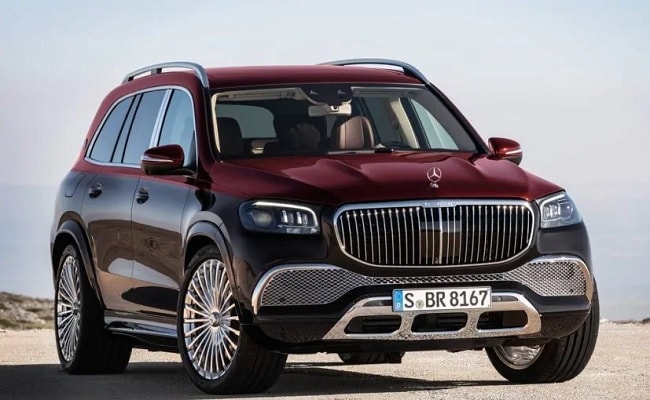 The Mercedes-Maybach GLS 600 is based on the new-gen flagship Mercedes-Benz GLS SUV.

Mercedes-Benz India has launched the ultra-opulent Maybach variant of its flagship SUV in India. The Mercedes-Maybach GLS 600 has been launched in India with prices starting at ₹ 2.43 crore (ex-showroom) and will be sold as a completely built unit (CBU) or fully imported model in our market. The German carmaker is sticking with original plan to launch 15 new models this year and the Mercedes-Maybach GLS 600 is one of them. In India, it goes up against the likes of the Bentley Bentayga, Rolls-Royce Cullinan and the Land Rover Range Rover Autobiography among others. 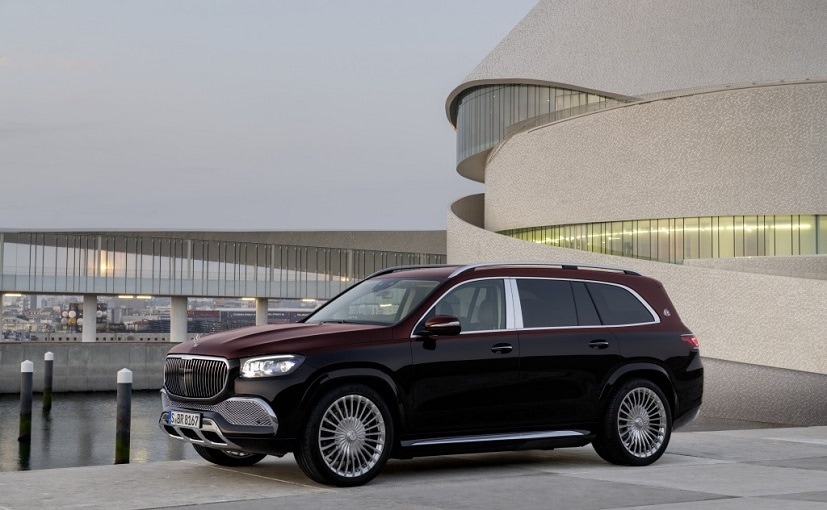 The Mercedes-Maybach GLS 600 4Matic easily differentiates itself from the regular GLS line-up.

As we already know, the Mercedes-Maybach GLS 600 is based on the new-generation GLS SUV that went on sale in India last year. That said, the new-generation Mercedes-Maybach GLS easily differentiates itself from the regular GLS line-up, courtesy the new dual-tone body colour treatment option and all the bling on its face. Speaking of the face, the front end is dominated by a large Maybach-styled chrome grille flanked by sleek LED headlights. The bumper too sports large chrome air curtains that are conjoined, along with a thick chrome skid plate. Then you also get chrome inserts on the B-pillar, Maybach brand logo on the D-pillar, and it rides on massive 23-inch multi-spoke wheels that again are offered as optional. 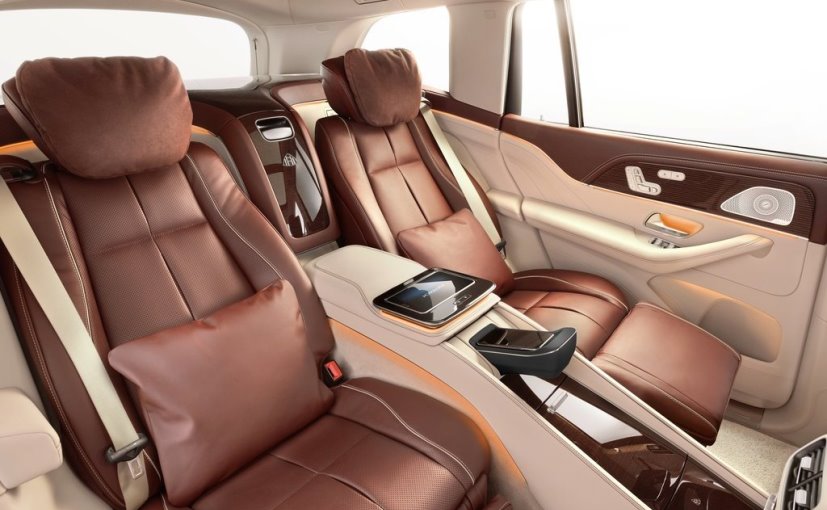 The SUV comes with a 3135 mm long wheelbase, out of which the rear passengers get legroom of 1103 mm

The cabin is where this Maybach really stands out. You can have it in both four and five-seater options and the former also comes with a fixed centre console that has space for a refrigerator to store champagne bottles, along with silver champagne flutes, a thing we are used to seeing in these flagship models. The cabin is draped in Nappa soft-touch leather upholstery and it gets a 3135 mm long wheelbase, while the rear passengers get 1103 mm of legroom. Of course you get to see the Maybach logo at multiple places inside the cabin as well. Building up on the ambience, Mercedes also offers an optional Air Balance package with the Maybach GLS 600 with a dedicated fragrance- white osmanthus blossom, floral and light which is rounded off by a gentle leather note and spicy tea. 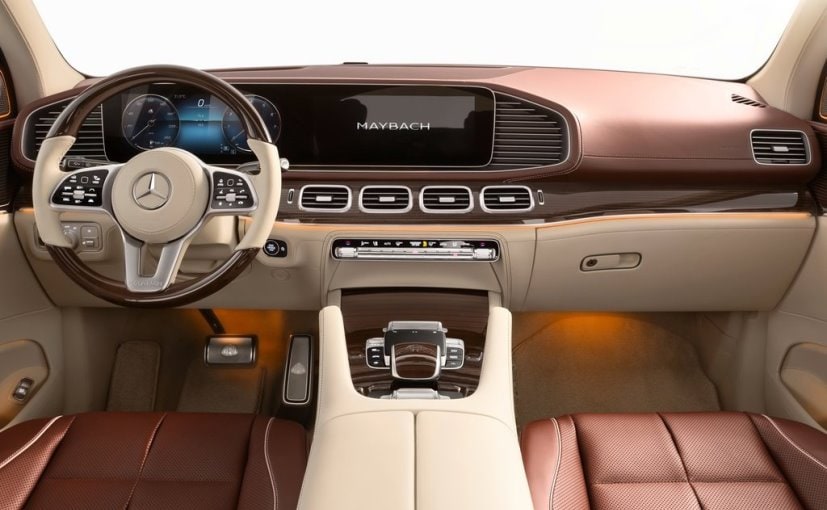 To begin with, the Maybach GLS 600 gets all the bells and whistles as standard from the regular GLS and then some that comes with that Maybach badge. So it has an electronic panoramic sliding/tilting sunroof with opaque roller blinds, ultra-comfortable and bolstered ventilated massaging seats and a wide range of ambient lighting among others. Whichever one you opt for, the four-seater or the five-seater, the rear seats come with a reclining functional as well. The signature wide display unit featuring the instrument cluster and media display comes with two 12.3-inch screens as standard and is equipped with the latest MBUX infotainment system with the ‘Hey Mercedes’ voice command system and Mercedes Me connected car tech. 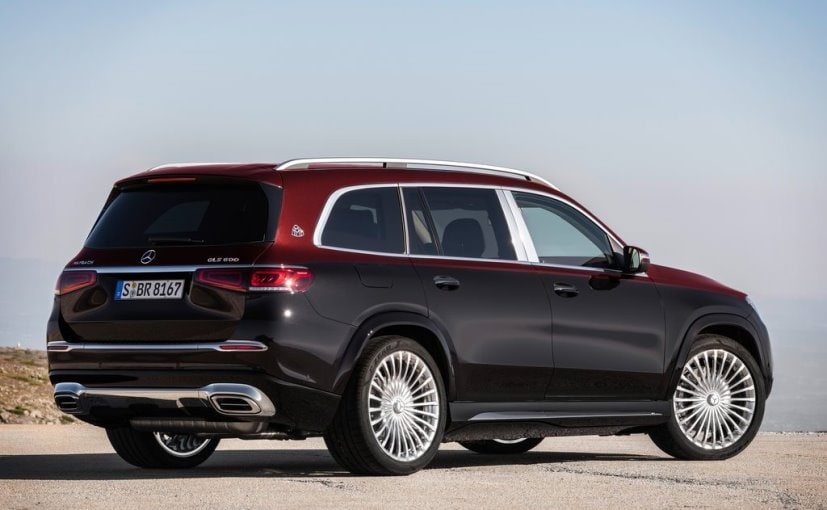 Under the hood, the Mercedes-Maybach GLS 600 4Matic will come with a 4.0-litre V8 engine that is tuned to churn out 542 bhp and 730 Nm of peak torque, while being mated to a 9G-TRONIC automatic transmission. The engine is coupled with a 48-volt system EQ Boost system, which offers an additional 250 Nm of torque and 21 bhp output. 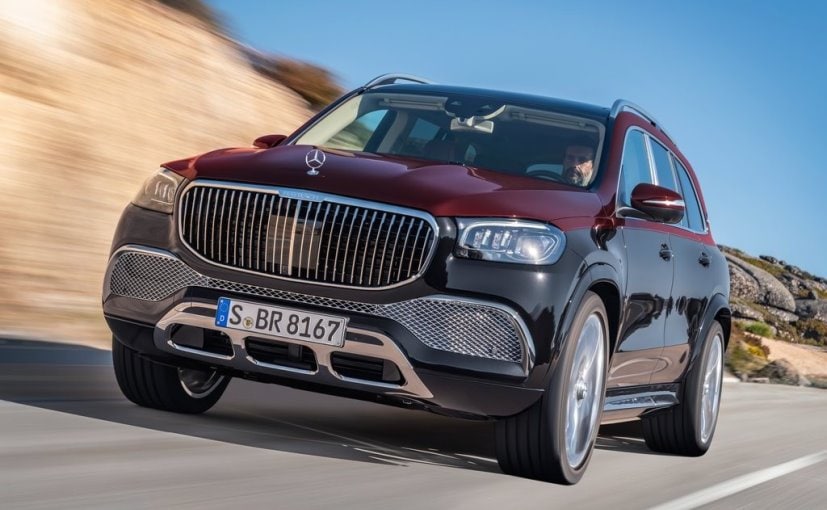 To offer utmost comfort, Mercedes-Maybach has also equipped the SUV with Airmatic suspension system with Adaptive Damping System Plus (ADS+) in addition to the E-Active Body Control. A special Maybach drive program tuned for maximum ride comfort has also been developed. It combines air suspension with adaptive ADS+ dampers and depending on the surface their behaviour automatically varies at each wheel, in both the compression and rebound stages. While driving, a sophisticated sensor system is programmed to set the dampers according to the quality of the road in a bid to ensure that cabin is at its stable best even on bumpy terrains and the jerk or undulation faced by one wheel is not transmitted to the entire axle and in-turn the cabin.

This UK Asset Management Firm Made $1.1 Billion From Bitcoin in 5 Months